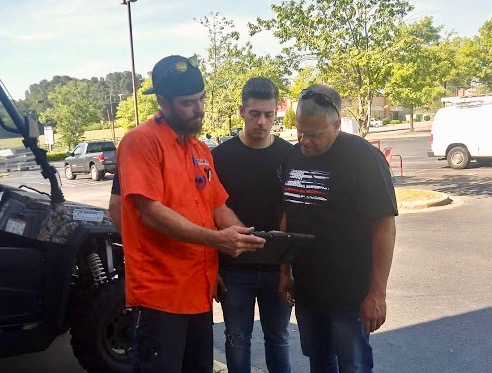 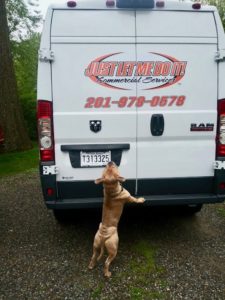 As Just Let Me Do It continues to expand across the country, we’re partnering with more and more people that are as passionate about commercial services as we are. We couldn’t be more thrilled to partner with people like Amelia Alvarez and her husband, Moises, and son, Bryce in New Jersey. We recently sat down with Amelia to learn more about their operation.

Why did you decide to join Just Let Me Do It?

We decided to join Just Let Me Do It because it was in the realm of the work we were doing at that time and it seemed like an easy transition for us.

What attracted you to the Just Let Me Do It franchise?

After speaking with Colleen it was an easy decision. Not only is the work something we are familiar with, but they give you business (no marketing). The commercial space was also inviting to us, since our experience is with residential and were welcoming change. Curtis and Colleen are similar to myself and my husband – we share a lot of the same goals and values. 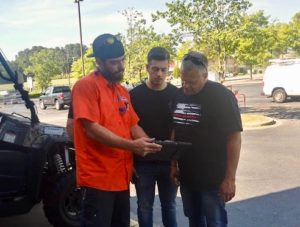 How was your training? What were some important things you learned?

The training was at the Just Let Me Do it home office in North Carolina. We spoke about the procedures and how things work with the system — took some time with the back office and went over how it would look when we start getting in work. We also were able to go out in the field with Curtis and one of his techs which was very helpful to see how that works. It is important to keep organized and keep “Striving & Thriving.”

How has it been owning and operating a JLMDI franchise since you began? What are your day-to-day jobs like?

It is going very well. The techs out on the road get jobs from changing ceiling tiles to fixing gates or broken store doors. It is a big variety of jobs. At the office, I oversee the jobs and remind them to get to those that happen to be in the same area and follow up on getting everything into the system. 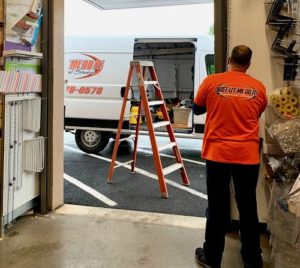 How did you hear about the Just Let Me Do It franchise opportunity?

We were at a franchise show in our area and picked up a magazine that had their information in it. We did not look at the magazine until a few days after but it seemed interesting and decided to call.

Would you recommend Just Let Me Do It ownership to other entrepreneurs?

Yes, I would recommend it. It is important to be ‘handy’ to self-perform. You have to have a good attitude and be willing to make it happen.

What do you see for your franchise and the Just Let Me Do It system in the next few years, growth wise?

I see in the next few years JLMDI franchises in more states, as it becomes more known. The more know it becomes, the more sought after we will be with the retailers. We will definitely lead in the industry.

Do you have anything else you would like me to add?

I want to add that we believe in this franchise and the people that are behind it. By the way, the girls that run the back office are awesome — they have to deal with the franchisees and the facility companies — that is a big task and they do it well! 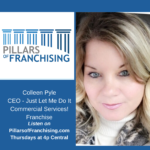 A thriving franchise system in 2020: A discussion with Just Let Me Do It Co-Founders 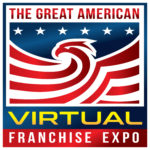